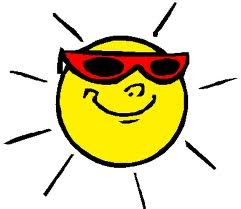 As the weather grows warmer and people begin shedding layers, it’s common for body dissatisfaction and anxiety to grow. A recent Glamour magazine psychologist-designed poll (1) states that 97% of women experience “I hate my body” thoughts on a daily basis, with an average of 13 negative thoughts each day. With these statistics, it’s no surprise that, according to a 2008 collaborative survey between Self Magazine and the University of North Carolina at Chapel Hill, 67% of women aged 25 to 45 (excluding those with eating disorders) are attempting to lose weight.(2) How? 37% of women regularly skip meals, 26% cut out entire food groups, and 16% have consumed 1,000 or fewer calories per day in an attempt to lose weight. According to a September 2010 Experian Simmons DataStream, the percentage of women from ages 25 to 54 who are dieting peaks in the early to middle summer.(3)

Drastic attempts at weight loss continue despite research demonstrating that these types of dieting measures are ineffective. A 2007 review (4) analyzing the long-term outcomes of 31 calorie-restricting diet studies concluded that one-third to two-thirds of dieters regain more weight than they lost on their diets. Another study in 2006 (5) focusing on college students found that a history of weight loss through dieting predicted greater weight gain during the freshman year of college. Research on nearly 17,000 kids ages 9-14 years old concluded, “…in the long term, dieting to control weight is not only ineffective, it may actually promote weight gain.” (6)

As a Registered Dietitian, my job is support our clients in making positive changes that are sustainable and nourishing. According to the American Dietetic Association’s position on weight management, “successful weight management to improve overall health for adults requires a lifelong commitment to healthful lifestyle behaviors emphasizing sustainable and enjoyable eating practices and daily physical activity”. (7) Following a healthy diet regimen throughout the year will facilitate escape from the chronic dieting cycle and aid in feeling nourished all year long!

Note: This article originally appeared in the Summer 2011 issue of the Massachusetts Dietetic Association’s Newsletter. This article was co-authored with Jessie Erwin, a dietetic intern from the University of Connecticut.