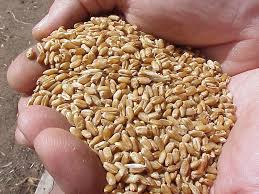 I’m really obsessed with Ana Sortun. She’s a Boston-area chef and makes insanely good food. So, I suppose it’s more accurate to say I’m obsessed with her food since I actually don’t know her. But in any case, if you haven’t eaten at Oleana or Sofra, do yourself a favor and go. Just go. And rumor has it, she has a third restaurant opening up in Somerville which is pretty darn exciting. Oh, and did I forget to mention she has a line of “Chef Sets” at Whole Foods? I haven’t tried them yet, but I kind of love the fact that she’s such a female, foodie rock star. Turns out my friend and colleague Janel Ovrut was sent a free set of the meals (jealous) and wrote a review here.

So Chef Sortun uses super interesting spices and ingredients that she learns about from her travels to Europe and the Middle East. Eating her food feels like a cultural experience for my taste buds right in my own backyard! At Sofra she serves this incredible greek yogurt parfait (greek yogurt fresh from the cows in her nearby farm for crying out loud). And instead of using granola, she uses this grain called grano. Turns out grano actually means grain in Italian.

I’m in love with it. It’s a whole grain with this unusual firm, chewy texture. Turns out it’s high in fiber, vitamins, and protein. And when mixed with yogurt, fruit, and a some jelly, it’s heavenly. It’s an awesome boost to a morning meal but can also be used in any other grain-based dish you might be making.

Cook’s note: you cook grano just like brown rice- 2 parts water, 1 part grain, pinch of salt. Throw it all in a pot, bring to a boil, reduce the heat to a simmer, cover with a lid and cook for ~10ish minutes.

There’s something really magical about trying something totally foreign. So if you’re looking for an excuse to head to Sofra, tell yourself your local dietitian said you needed to go buy some whole grain grano. 🙂 You wont regret it, I promise!

So what’s your favorite foreign food you’ve ever tasted? If you could import anything to American grocery store shelves, what would it be?