My Declaration about Eating Disorder Recovery 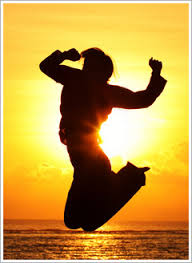 Now, you make think that’s totally crazy but hear me out. While eating disorders may be somewhat rare (but more common than Alzheimer’s and Schizophrenia combined), disordered eating, body hatred, negative self-talk, and extreme dieting are not uncommon. In fact, it has become normal in our culture to have a dysfunctional and unhappy relationship with food and your body. Here are a few examples:

*Labeling foods as good and bad (ie “I ate so much last night, I was so bad.” Or “Wow, you’re skipping the bread basket, you’re so good!”)
*Cutting out food groups- Atkins diet anyone?
*Incessant fat and body talk. If you have a lot of girlfriends or work in an office, you know what I’m talking about

My point is that some people with an eating disorder spend years in therapy and/or working with a dietitian to repair their relationship with food and their body. They do an incredible amount of work and find peace on the other side. While many people (particularly women) spend their lives griping, stressing, agonizing, restricting, dieting, and compulsively eating or exercising but never get help. They don’t have a full-blown eating disorder, so they somehow believe that this is an acceptable (even normal) way to live life. And they get stuck there.

While eating disorders just plain suck, they provide an opportunity to “take the road less travelled” and discover that there is life beyond calories, points, and the number on the scale. Yes indeed, having an eating disorder may in fact be a catalyst to living a fuller and more vibrant life than most people think possible.