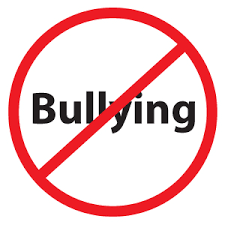 The virtual world of tweeting and blogging was all a flutter when a man called news anchor Jennifer Livinston fat. Many of us applauded Jennifer’s direct and powerful response. I appreciated the fact that this issue (which is pervasive in our culture) got some air time! So I posted it on my facebook page to spread the word that weight bias and bullying are NOT ok. But my dear friend and phenomenally talented writer shared her own response to this news clip that I wanted to share with my readers. Thank you Deja Earley, for sharing your thoughts.

Perhaps you’ve seen the recent video on Facebook and elsewhere, which features Jennifer Livingston—a Wisconsin news anchor—responding to an email from a viewer which criticized her appearance, specifically her weight. It’s worth watching for yourself, but, to summarize, the email calls on Livingston’s “community responsibility” as a public personality to “present and promote a healthy lifestyle” and admonishes that “obesity is one of the worst choices a person can make and one of the most dangerous habits to maintain.” In response, Jennifer Livingston called the e-mailer a “bully” and, quite rightly, said that “attacks like this are not okay.”

At first I was pleased and impressed by her response. I’m glad she didn’t “laugh off” the email, as she said she was tempted to do at first, chalking it up to a job in the public eye. But I confess I grew confused by the switch to talk of bullying. In a way, I understand it: cyber-bullying is an important contemporary issue, and one she was perhaps wise to piggyback on.

But is this bullying? It seems to me it’s worse than bullying. To call this man a bully simplifies the grave ignorance of his email, and, at least to me, doesn’t exactly match his tone. The email doesn’t ever outright call her fat, doesn’t actually mock her looks. It would be easier to dismiss if it had. Instead, it strikes me as a carefully crafted expression of concern by someone who considered themselves a responsible citizen. Was it mean-spirited? Perhaps, though it doesn’t strike me as self-aware enough to think so. In light of his clear misconceptions about the real issues of weight and obesity, this email is much more dangerous than what we’re used to thinking of as bullying, and Livingston’s response is far from adequate.

Livingston begins her response by admitting the e-mailer is “right,” that she is “overweight.” “You could call me fat,” she says. Setting aside the fact that Livingston doesn’t actually appear particularly overweight, that she’s lovely and polished and full of poise, and owning up to his label is absurd, it seems to me the next question to answer is whether or not he’s right about his main claim: that she has a “community responsibility” to “present and promote a healthy lifestyle” and the implication that her weight barred her from doing so. Livingston, surprisingly, doesn’t address this, but the answer is a resounding no. She doesn’t have a community responsibility that she’s neglecting simply by the nature of her appearance.

The fact that this man thinks her credibility rests so heavily on her size is a problem, and perhaps not a surprising one in light of his other misconceptions: he calls obesity “one of the worst choices a person can make” and then, confusingly, “one of the most dangerous habits to maintain.” In one sentence, he manages to imply it is a both a single overarching choice, and a habit. Which is it, Sir? For anyone who struggles with weight, it’s clear that neither is accurate. Instead, one’s weight is a product of literally thousands of choices, many of them weighed down by social pressure, shame, nutritional confusion, fear, and the parade of misleading and contradictory messages about dieting that as a culture we schizophrenically embrace. Add to that mix health issues, genetics, and body chemistry, and you have a recipe for something exponentially more complicated than a single choice, or even a habit. The research is out there now that diets don’t work, that they do more damage than good, that calories-in-calories-out is a cozy but inaccurate myth, that our bodies and our minds are much more complicatedly involved in the process of weight gain and loss than we ever thought previously. (Which is why people like Marci Anderson—trained to navigate this minefield—are so important.

This man strikes me as someone who simply hasn’t heard the real news about weight, and maybe wouldn’t understand it if he had heard it. More disturbingly, I’m confident he’s speaking for a large sector of society, a group that could have used a more meaningful message than what I think Jennifer Livingston’s response boiled down to: she seemed to say, ultimately, “You’re right, but it isn’t nice to say so.” And while it’s true that it isn’t nice to call someone fat, it’s more than not nice. A statement like this man’s is wrong because it’s ignorant, because it’s pervasively and damningly ignorant, and the message against it needs to be significantly louder and much clearer. What Jennifer Livingston has done by speaking up is a start, but she didn’t go nearly far enough.

So I’m eager to hear your thoughts! What did Jennifer do well? Where did she miss the boat in her critique? How can we change the current shift of thinking that obesity is a choice? Is it possible to spread the message that you can be both fat and fit?

**For research that supports all of the claims listed above by both myself and Deja, please see the Health at Every Size website. We’re not just making this stuff up!